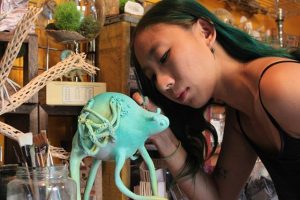 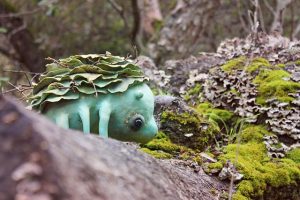 Trained as a theatrical scenic designer, Shing Yin Khor is now a sculptor and cartoonist obsessing over building tiny universes for her awkward, anxious creatures to exist in. Her work has been exhibited across the United States, and acclaimed for its off-kilter charm and narrative. Born in Malacca, a port city of Malaysia – and raised between cultures on a diet of fantasy tropes and post-colonial detritus – she currently calls Los Angeles home.