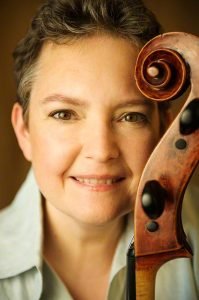 For this project I have asked celebrated composers to write works for solo cello inspired by Petrified Forest National Park. The highly versatile sound of the cello is a wonderful medium for this project, singing at times like a human voice and at others like an ancient instrument from another world. Composed by exceptional musicians with unique perspectives from diverse backgrounds, these pieces will be as beautiful, moving, and extraordinary as the Park itself.

I will be collaborating with the composers, exploring evocative sounds and elaborating on recorded sounds found in the Park. Each composer will select a specific theme for their inspiration, such as flora and fauna, landscape, weather, or Native American myths. I hope to use the music created through this project to help each individual connect his/her profoundly personal experience of this unique place with the universality of nature appreciating the necessity of protecting our national parks. 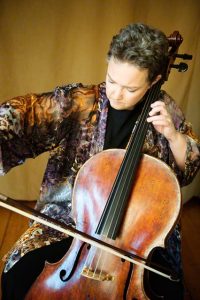 A founding member of the Naumburg Award winning Lydian Quartet, with whom she played for over twenty years, Rhonda Rider is now a member of the celebrated piano trio Triple Helix. Ms. Rider’s chamber music and solo recordings have been nominated for Grammy Awards and cited as Critic’s Choice in both the New York Times and Boston Globe. As a chamber musician she has won numerous prizes at Banff, Evian, Fischoff and Portsmouth Competitions. As a soloist she won the Concert Artists Guild Award as well as an Aaron Copland Recording Grant.

Ms. Rider has given numerous masterclasses at schools including Yale School of Music, Oberlin Conservatory, New England Conservatory and Princeton. She has served as a panelist for the National Endowment for the Arts, the American String Teachers’ Association and Chamber Music America. She has also adjudicated at the Concert Artists Guild, Stulberg and Fischoff Competitions.

In 2010, Ms. Rider was named Artist-in-Residence at Grand Canyon National Park. Eleven pieces for solo cello were commissioned for her February and October, 2011 residencies. The works were performed in fifteen concerts across the U.S. in a wide variety of venues from Boston and Dallas to Wupatki National Monument and rural New York State.

During the summer months, she performs and teaches at festivals including Music From Salem, Green Mountain and ARIA, and is the cello coach for the Asian Youth Orchestra in Hong Kong. Each June she holds a Cello Seminar dedicated to contemporary music in Salem, New York. This season she will perform across the US and Asia.