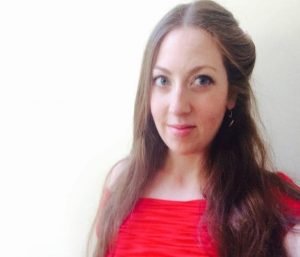 Jessica’s artistic mission is to discover the cracks in our highly controlled reality and fill them with boundless, ever-changing, lunacy. She believes in performances that leave audiences thinking, wow, isn’t the world a glorious and ephemeral place?

She accomplishes this by leaving secret notes, missions, objects, performers, and herself—in various states of character—in public spaces and allowing viewers to opt-in to an exploration of the space in an unexpected, often whimsical, and multi-sensory way, never shying away from unconventional, potentially awkward social interactions. 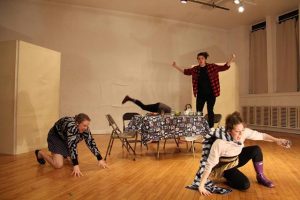 Jessica is a devised, physical theater artist based in Philadelphia. She has trained at Pig Iron’s school of Advanced Performance Training in everything from mime and mask making to acrobatics.

Jessica currently serves as the Co-Artistic Director of Philadelphia’s Mondegreen Collective and Resident Director of NYC based company State of Play.

She has recently devised and directed sold out productions in the New York City and Philadelphia Fringe Festivals and created sneaky, anonymous performance pieces everywhere from subways to school hallways.

She has directed over a dozen world premier productions including the award winning ANTENORA (Planet Connections Festivity) and IYOM (Workshop Theater Company).

In addition to her background in the arts, Jessica has worked as an Associate Producer and Public Relations Representative on PBS’s Emmy Award winning TV show, Equitrekking. She has a degree in Political Communications from The George Washington University.

Her productions and development process often draw inspiration from her background in research, polling, and public perception.